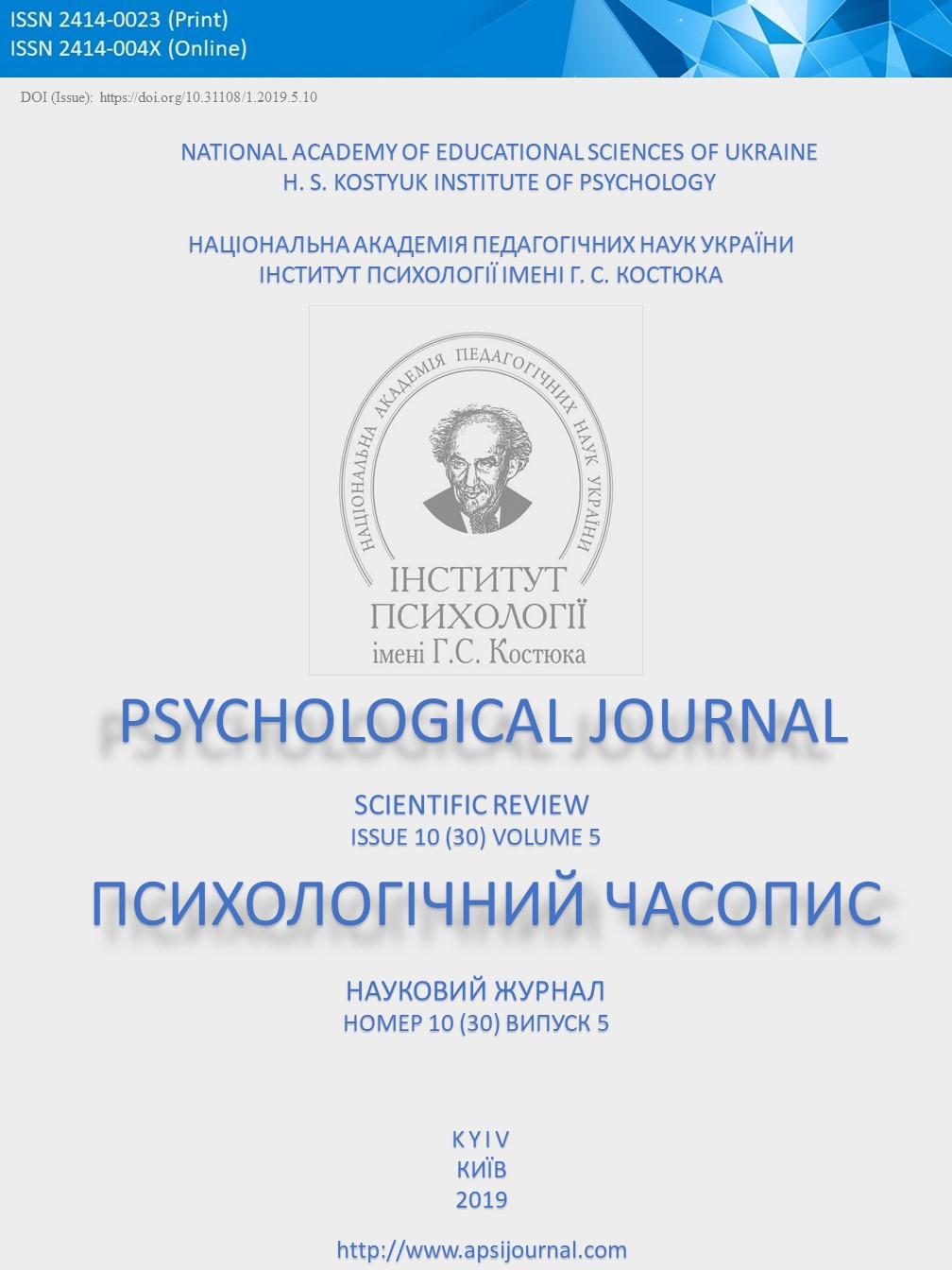 The article discusses the structure and components of professional readaptation from the point of view of its meaningful content, its components in their interrelations and influence on a modern person. The essence and content of the concepts belonging to the synonymic-antonymic series: “adaptation” – “re-adaptation”, “general adaptive syndrome” – “general re-adaptive syndrome”, which are related to stereotypical changes appearing at the psychophysiological level, are clarified. The common and different characteristics of the stages of a modern person’s professional adaptation and re-adaptation are determined. With the help of the appropriate theoretical tools, the features and main peculiarities of non-specific re-adaptation and specific re-adaptation are distinguished.

The prospects for further research include the study of psychophysiological aspects of nonspecific and specific readaptation, depending on the requirements of the labor market, in particular unusual and rare professions.