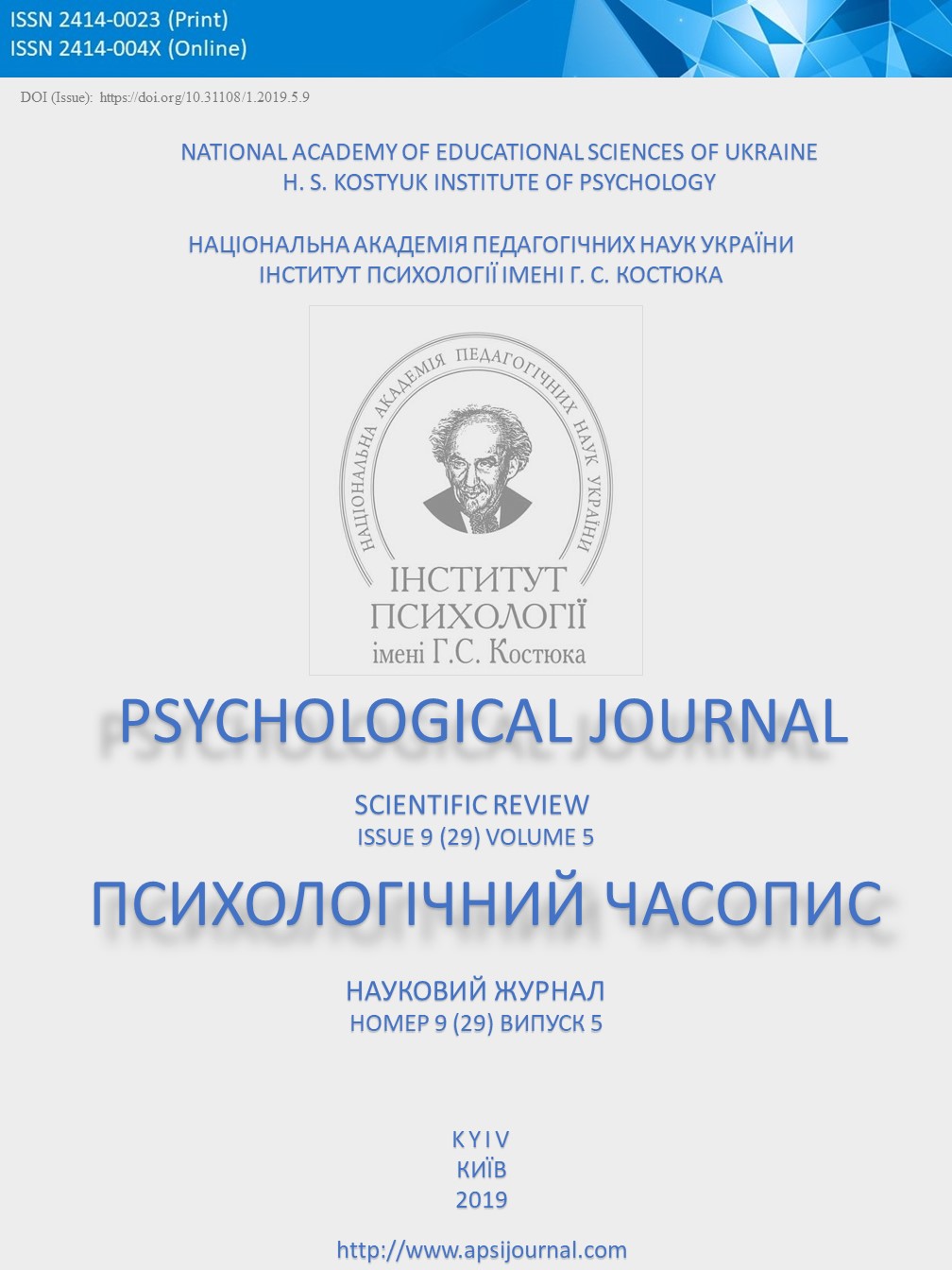 The article examines the psychological characteristics of a person’s professional re-adaptation at problematic society (after being at the zone of the anti-terrorist operation). The essence and content of the concepts of “adaptation” and “re-adaptation” are clarified from the perspective of a person’s used reserves, compensatory capabilities and his/her style of responding to unemployment. The common personal traits characteristic to the unemployed of this category are highlighted.

The article specifies that the dynamics of an individual’s motivational space along with the criterion evaluation of the professional work effectiveness can serve as an indicator of professional-personal re-adaptation. This motivational space shall include the following criteria-markers: motivation for “recovery” and emotional comfort, invention of “lost self”, and then material well-being, well-being of family and children, and finally the extension of their own opportunities for professional development.

The modern forms of psychological assistance aimed at overcoming the dynamic stereotypes of people’s professional re-adaptation during the ATO stay are considered and their expediency is justified. The further research will include the study of forms of psychological assistance for different people’s professional re-adaptation at problematic society (after being at the zone of the anti-terrorist operation): for women, and separately for men; and determination of the relations between the signs “a person, an employee before the ATO” and “a person, an employee after the ATO”.