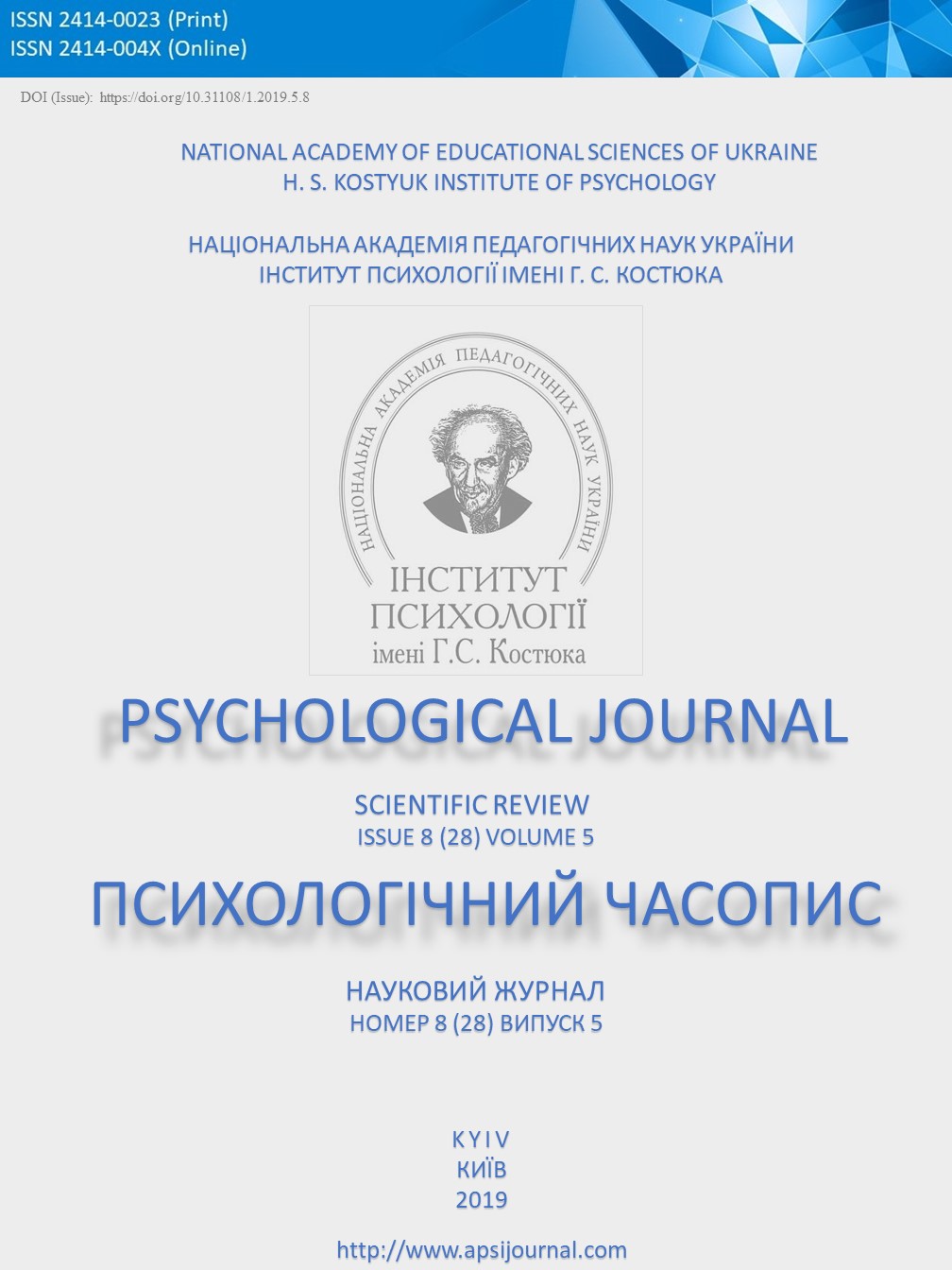 The theoretical analysis of the “conflict competence” concept and this phenomenon formation at future teachers in the training process at higher educational institutions is presented in the article. Personal conflict competence is considered as a human knowledge system in the social psychology field that includes, first of all, conflict management, and its application in practice, as well as certain personal traits ensuring conflict-free interaction, effective conflict management and its constructive solution. The conflict competence components are presented, namely: cognitive, motivational, regulatory, which form its structure. The concepts of communicative and conflictological competencies, their relations are analyzed. It is suggested that students’ conflict competence formation is a complex process aimed at not only acquisition of a system of professional, psychological knowledge, but also transformation of the future teachers’ personal characteristics with the help of innovative educational technologies applied into the educational process of higher educational institutions.

The study was organized on the basis of the Physics and Mathematics Faculty of A.S. Makarenko State Pedagogical University in Sumy in order to determine the volitional self-regulation characteristics, self-esteemed conflict indicators and self-esteemed rational behavior in conflict situations, as the structure components of the future teachers’ conflict competence. The study consisted of three experimental series, conducted in the second semester of the 2018/2019 academic year. The experiment covered first-year students – future teachers of computer science, mathematics, physics, who were at the end of their studies of the "Psychology" discipline, participated in training groups, and were members of the student scientific psychological club. As a result of the first series of the study, the most students (73.3%) are characterized by high volitional self-regulation. These indicators testify to activity, independence, self-confidence, realistic life outlook, intentions persistence, a developed sense of personal duty, in fact, these are indicators of an emotionally mature person who is able to reflect well personal motives, implement systematically his/her own intentions into life, to allocate efforts and control own behavior, having a pronounced socially positive orientation of own activities. High persistence indicators, characteristic for 66.7% of the students, testify to their hard work, desire to implement plans, respect for social norms, and observance of such norms. According to experimental data, 56.7% of the first-years students have high self-control, which is manifested in emotional stamina, readiness to perceive new things, and trends to innovation. As a result of the second series of the study, the majority of future teachers (63.3%) have low self-esteemed proneness to conflict– students possess the skills for self-analysis of their own individual psyche, activities and behavior with developed prognostic functions. According to the analyzed third part of the study, 76.7% of the first-years students self-esteemed highly their rational behavior in conflict situations, which indicates existence of formed skills for effective interactions, especially communicative ones.

Low indicators of volitional self-regulation, high self-esteemed proneness to conflicts and low self-estimation of own rational behavior in conflict situations characteristic for some students indicate certain existing psychological problems that require analysis and further corrective work. These are signs of insufficiently developed volitional qualities and communication skills, ineffective interaction strategies, which require introspection, corrective work, and trainings for communicative competence development. In general, the study results have given reason to talk about the formed components of the future teachers’ conflict competence. High indices of volitional self-regulation of the most students, low self-esteemed proneness to conflicts and high self-estimation of their rational behavior at conflict situations testify to their psychological literacy, formed communicative abilities and skills, emotional self-control, and reflection. The conflict competence formation depends on innovative pedagogical technologies, interactive teaching methods, and active cooperation with various social centers and organizations during the educational process of higher educational institutions. Prospects for further research, to our point of view, should include development of effective methods and forms to organize the academic process, studying the experience of different universities.

This work is licensed under a Creative Commons Attribution 4.0 International License.