THE SOCIAL AND PSYCHOLOGICAL FACTORS OF YOUTH’S SUICIDAL BEHAVIOUR 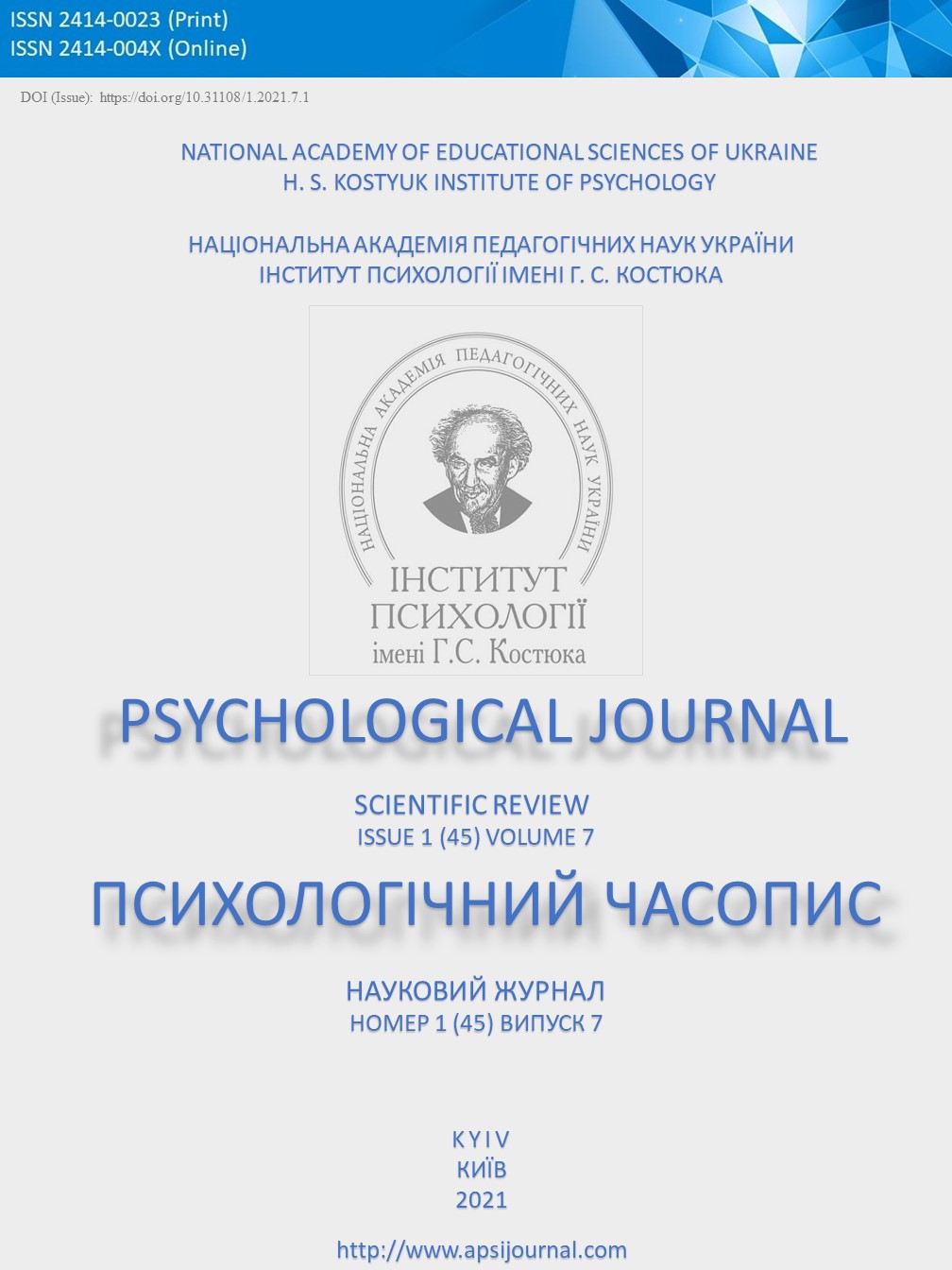 The sample consisted of 120 young people (89 girls and 31 boys). Their families were also taken into account: 89 respondents had both parents, 31 had only one of parents.

The sample was divided into three groups for comparative analysis of suicidal behaviour. The division criterion of was the suicide indicator from the Suicide Behaviour Questionnaire that was compared with the results of the Suicide Risk Test (SR-45, P.I. Yunatskevich) and the method determining propensity to suicidal behaviour (M.V. Gorskaya).

The statistical methods were used to process the obtained data: Pearson's correlation coefficient was used to analyze relations between individual psychological characteristics with suicidal behaviour; a multiple regression analysis was performed for data grouping; statistical significance was checked by the F-Fisher test.

The performed empirical study has revealed that suicidal behaviour can appear because of deteriorated personal psychological health - anxiety, frustration, aggression and changes in attitudes toward life and death under environmental influences or because of overestimated self-concept. The respondents having suicidal intentions were characterized by severe anxiety and high frustration as the consequences of personal disappointment, inability to overcome real or imagined obstacles preventing goal achievement.

Aggression was almost the same for all three examined groups, thus this indicator showed rather increased psychological activity. The highest rigidity was observed at the respondents having suicidal intentions; such rigidity was associated with complications existing during implementation of significant activities.

Elkind, D. (1974). A Sympathetic Understanding of the Child: Birth to Sixteen – Publisher. Allynand Bacon. [in English]